Mir Jishan, a 13 year old boy is suffering from transverse myelitis of cervical spinal cord. He needs a surgery. | Please support his treatment.....

Mir Jishan, a 13 year old boy is suffering from transverse myelitis of cervical spinal cord. He needs a surgery. | Please support his treatment..... 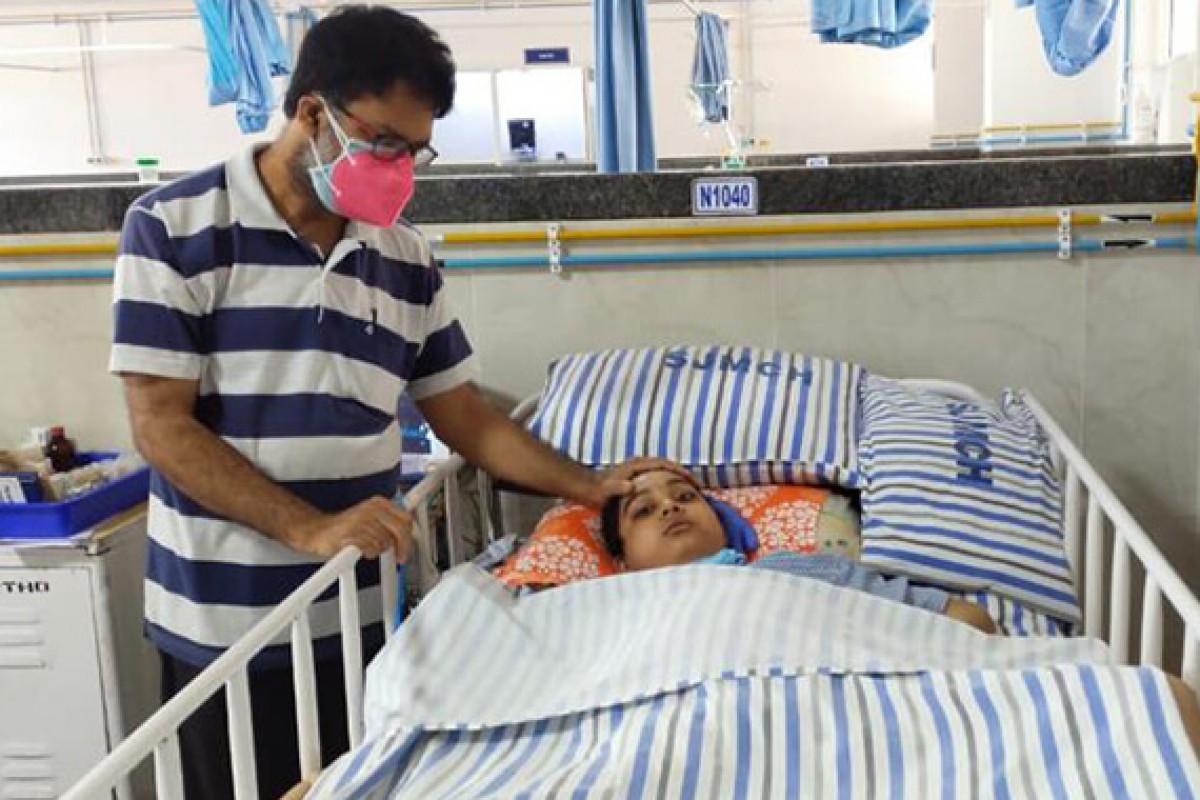 “Jishan, is been bed ridden since a year. We have been trying our best for his treatment. We can’t see him suffering at such a tender age. Please help us to save our son.” - Ms. Syeda ; (Mother) 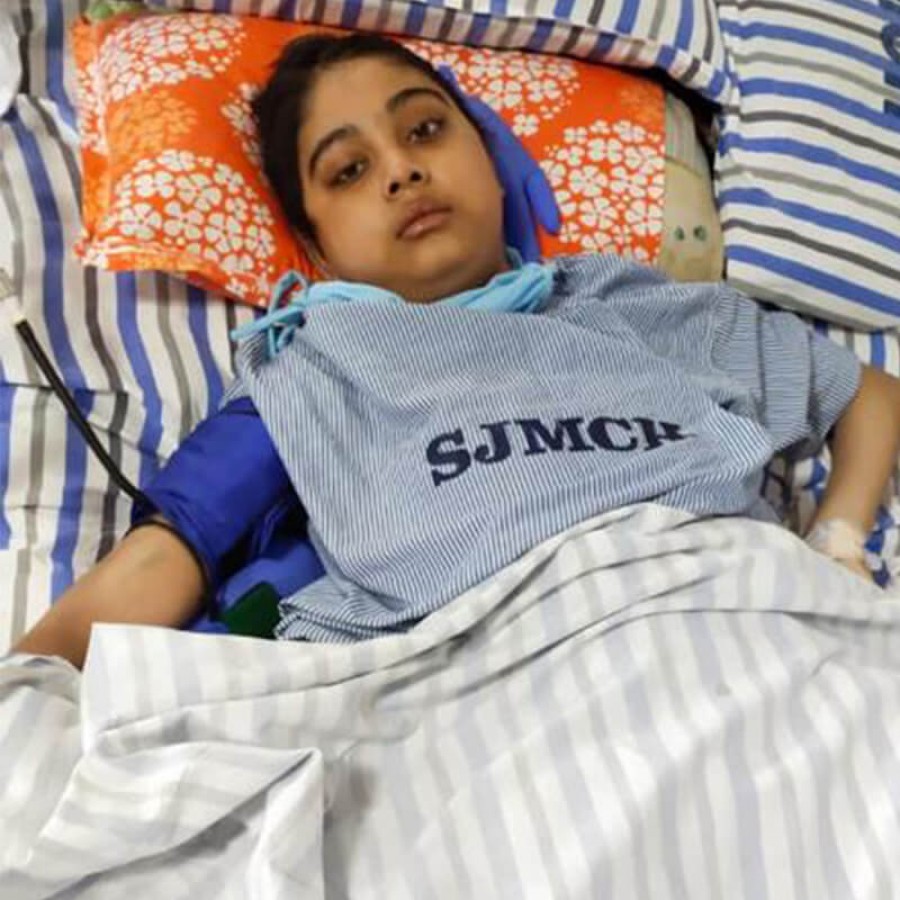 Mir Jishan Ali is a 13 year old boy studying in 8 th std. hailing from West Bengal. Jishan’s father, Mr. Anowar used to work as a shop attendant and his mother is a housewife. Jishan’s father is unemployed since last six months, due to regular hospital visits and stays. The family consists of four members.

A year ago, Jishan started getting sudden fever followed by which his body slowly started getting numbness making him immobile. He was admitted in a hospital where his treatment started and he showed signs of recovery. He was then discharged from the hospital. This made the condition of Jishan even worse as his body started getting paralyzed.

Jishan was completely bed ridden and started getting bed sores. His parents then consulted the doctors from st. John hospital where there were better equipments for treatment. His treatment is currently going on in st. John ’s medical college. He needs plastic surgery and various other medical treatments for his recovery. The estimated cost of his treatment is Rs. 10,00,000/- (Rupees ten lakh only).

Jishan’s father being unemployed is not able to afford the cost of his treatment. 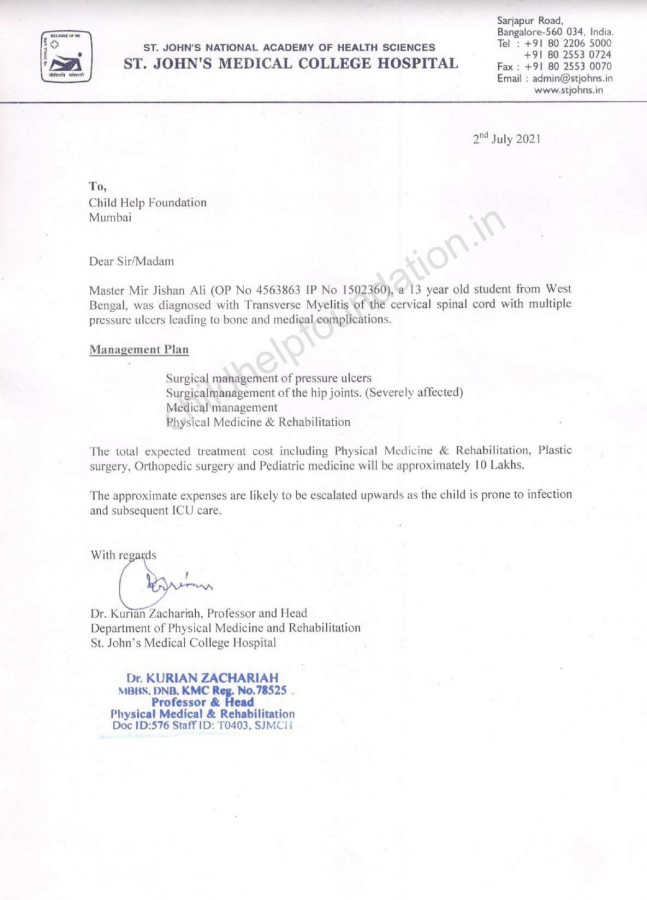 Ready to Start a Fundraiser ?