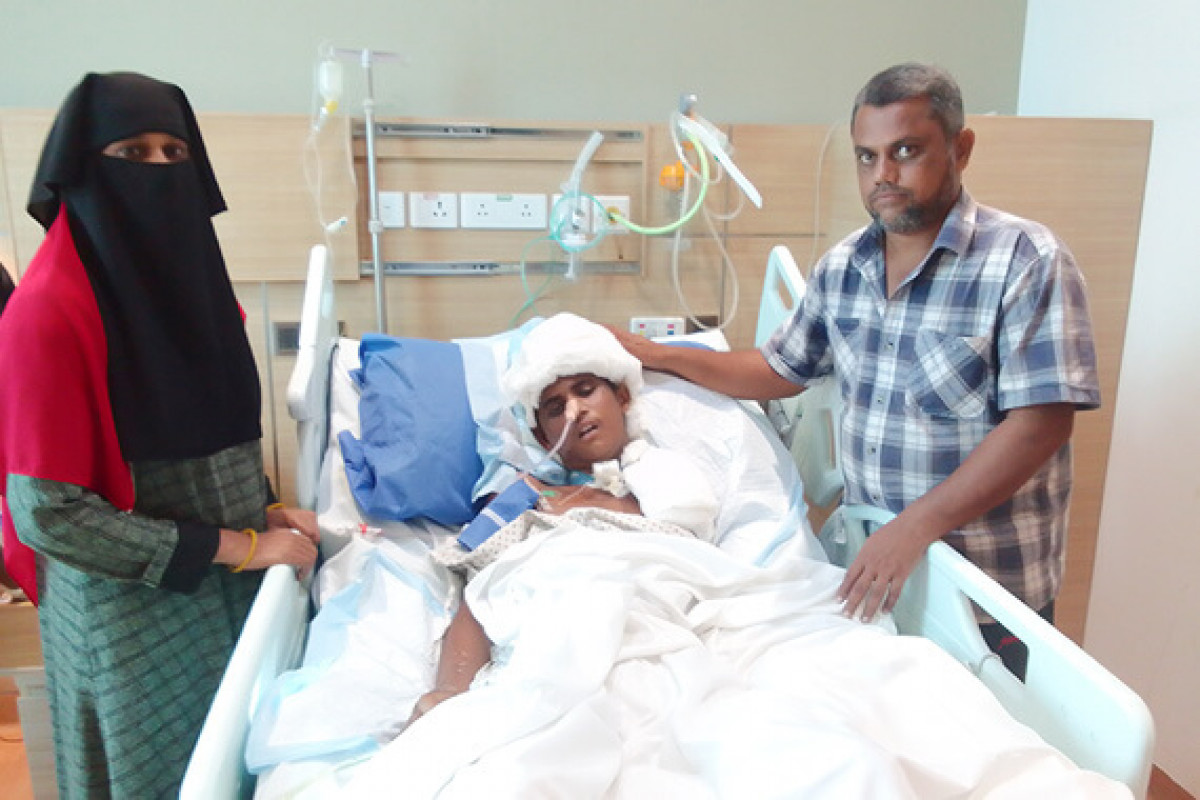 “Bhilal had been preparing for his 10th Class exams and also supporting us by working part time. He then met with this accident and now there is nothing left like before. This kind of tragedy has changed our lives forever, and he will never be able to live a normal life again. But we hope he survives to be with us”-

Bhilal Shaikh is a 14-year-old school-going boy who was appearing for his 10th Class exams. He also worked part-time at Saraswathi Fribernet at Naidupet (AP) to support his father. One fine day, he met with an accident while he was asked to repair an Electrical transmission Wire which carried a load of 11KVA. He was immediately rushed to a local hospital where the left side of his body was completely worn out. They referred Bhilal to a Government Hospital in Chennai and he was left untreated for 2 hours after which his condition worsened and he lost consciousness.

The parents then took him to SRM Hospital, Chennai, where his left hand was amputated. Bhilal was kept under supervision for 1 month because of complications in his brain. Suddenly, he got an epileptic seizure and was referred to MGM Healthcare, Chennai, Tamil Nadu where he is currently admitted.

The current diagnosis of the patient states acute High Voltage Electrical Burn Injury - Gangrene Left Upper Limb (Non-Viable) and Scalp. Such complications indicate excessive bleeding in the brain tissue and may end up in further functional loss. Bhilal requires urgent surgery for him to survive. His wound debridement and flap cover of the scalp will cost around Rs 20,00,000/- (twenty lakhs only).

Bhilal Shaikh’s father Shaik Khadar Basha works at a local Shop and his mother Shaik Banu is a homemaker. They had big dreams for their children and this accident has already shattered them. The parents managed the treatment of their son until now by selling away their gold and by taking help from their friends. They are left with nothing now, and they need your support. Help their son survive.

“We never even thought of seeing our son in such a condition. We do not know how we will manage all of this anymore. The difficulties have only been rising but the good part is that Bhilal is responding well to the treatment. We were not ready for life to throw such a situation at us. Please help us in whatever capacity you can. We really need it.” - Shaik Khadar Basha (Bhilal’s father)

-You can Volunteer to Raise Funds and save Bhilal Sheikh’s life.

FUNDS DONATED WILL BE USED FOR Bhilal Sheikh’s TREATMENT