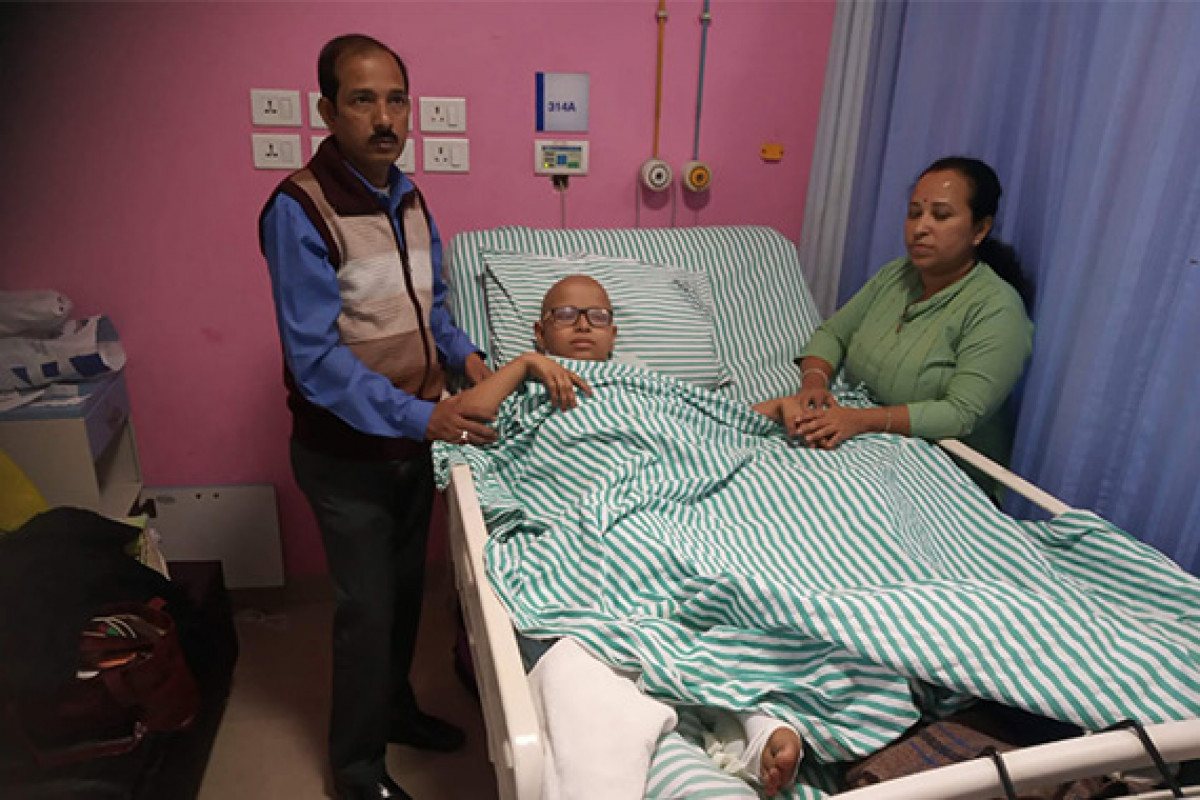 “Why is God making my child suffer? Aneek is only 13 but has already undergone multiple surgeries to get the cancer cells out of him. He is paralyzed. I do not want anything for myself. I just want my only child to not suffer again and again. Please help us!” -

Aneek Chowdhury is a 13-year-old boy from Kolkata, West Bengal. He is the only son of Mr. Debabrata Chowdhury, a helper at a private office, and Mrs. Kajuri Chowdhury, a homemaker. Mr. Chowdhary is the only breadwinner in the family and he earns a monthly income of Rs. 8,500/-. His mother used to take tuitions on a part-time basis, which is currently discontinued due to COVID-19 and Aneek's treatment.

In 2019, Aneek was diagnosed with Ewing Sarcoma (Bone Cancer), for which he was treated with Chemotherapy. He also underwent Internal Right Hemipelvectomy, due to which his pelvis girdle was removed. He was later diagnosed with Cholelithiasis (Cancer in the Gallbladder). He has been admitted to Apollo Hospital, Kolkata, where the doctors have suggested him to undergo Laparoscopic cholecystectomy (Removal of Gallbladder). The estimated cost of the surgery is Rs. 1,58,000/- (Rupees One Lakh Fifty-Eight Thousand Only).

Aneek's parents need your help and contributions to save their child from the constant miseries. Help Aneek live a normal life like any other child.

-You can Volunteer to Raise Funds and save Aneek's life.

FUNDS DONATED WILL BE USED FOR THE ANEEK TREATMENT